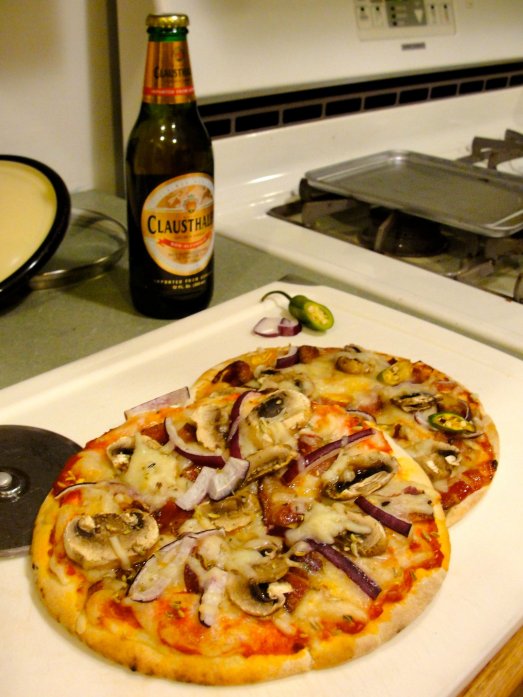 I’m temporarily drinking fake (non-alcoholic) beer, so perhaps some ersatz pizzas are in order!  These two were prepared in a toaster oven on pita bread brushed with olive oil:
Which was better?  Hmm, both were awesome, it’s a tie.
An aside: I find Clausthaler Golden Amber and O’Doul’s Amber to be the most palatable of non-alcholic beers that are widely available in the states.